The Hard Truth About Inbound Marketing 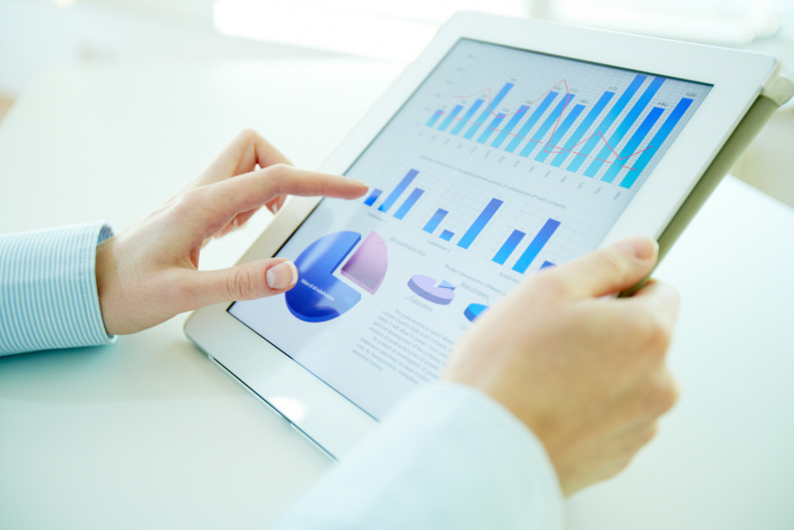 Inbound Marketing has everyone talking, from evangelists who think it’s the answer to your lead generation woes, to critics who say it’s just the next fad. We take a deep-dive into the statistics to find out the truth about Inbound Marketing’s effectiveness in the real world.

75% of Marketers focus on Inbound. Widespread take-up of Inbound from businesses around the world. This is not a new marketing buzzword, it’s a solid new approach and methodology being successfully adopted by everyone from high-tech start-ups to global organisations.

According to Hubspot’s State of Inbound report for last year:

"3 out of 4 marketers across the globe prioritize an inbound approach to marketing. Of the nearly 4,000 people we surveyed, inbound had a 75% likelihood of being the marketing approach of choice, while outbound had only a 25% chance. This 3:1 ratio remained consistent across all company types (B2B, B2C, and non-profit)."

That can’t be a coincidence. But what has forced this change in a time where high risk changes are to be avoided? It would seem that the old, purely outbound approach to marketing (simply blanket-bombing a marketplace with paid adverts) just isn’t working any more.

80% of decision makers prefer content over adverts. Your marketplace is better educated than ever before. That same HubSpot report goes on to say that “executives making business software purchase decisions are least likely to rely on a salesperson for information, instead preferring to seek out word-of-mouth and social media referrals, customer references, and analyst reports.”

This is reinforced by the Chief Marketing Officer Council Worldwide:

So effective content is best served up in articles and published in formats where potential customers are already reading. Inbound marketing uses this fact (largely through developing targeting templates called Buyer Personas) to speak to potential customers through content designed to meet their needs, drawing them into a fully planned Buyer’s Journey.

86% of consumers stated that a search engine helped in research. A well designed web site is essential. Web sites need to be up to date, easy to use, on brand, mobile friendly and content rich. It is also worth noting that this will mean nothing if your site isn’t optimised for search engines.

More than ever SEO is essential, not only for your website but also content creation and distribution. There is no point in being the best at what you do if no-one has heard of you.

57% of marketers say that showing Return On Investment is their main challenge. Inbound provides THREE TIMES the ROI of Outbound.

As with all business, ROI is key. Inbound is undoubtedly showing greater long-term ROI than many older ways of approaching lead generation. From the same Hubspot State of Inbound Report we can see that this is demonstrable globally and across a broad spectrum of businesses:

“Inbound campaigns achieve higher ROI than outbound. This holds true across different company sizes and budgets. Finding the right technologies and managing a website were understandably a larger concern for small companies fighting to reach the growth phase. For companies under 25 people, these two concerns were 10% less likely to be cited as the top-ranked ‘proving ROI’; among established companies, they were 40% less likely to be mentioned.

Inbound is the preferred marketing method for all companies that spend under $5M annually on marketing. In fact, if your organization spends less than $100,000 on marketing annually, you’re four times more likely to practice inbound than outbound. Even more interesting? Every company we surveyed — regardless of marketing spend — was three times as likely to see a higher ROI on inbound marketing campaigns than on outbound.”

But the same report goes on to say that further stats are unavailable because marketers are struggling to actually track the ROI on campaigns. So knowing your business inside out and tracking what is working, or at least what is not working, is essential to refining and improving your processes, and making that bottom-line healthier.

“Proven marketing ROI unlocks budget. But you have to be tracking ROI in the first place, which not everyone is doing. Demonstrating ROI is the #1 challenge marketers face

Proving a demonstrable return on marketing dollars was the most oft-cited challenge across companies of different size and focus, and securing more budget to allocate toward ROI-generating activities was next in line.

According to our data, it is. Respondents who achieved greater ROI in 2015 than the previous year were approximately 20% more likely to check their marketing analytics three or more times per week (or have someone on their team do so).

If you’re an SMB marketer tirelessly campaigning for each and every dollar, you might despair looking at this chart. But consider that a solid 43% of marketers with budgets under $25,000 received a budget increase in 2015, and for 31%, the level of funding held steady. And if you were one of the 8% whose budget was slashed? Poor ROI tracking could be to blame.”

80% of businesses think sales and marketing should be better aligned. Focussing on Inbound does not mean that your marketing team should be ousting your sales team. Outbound will not work alone for long. Outbound techniques are becoming less popular. Paid adverts are increasingly made to look like innocent search results or at least appear as sidebars on related articles in order to have any effect. Cold calling is less effective than it once was and will be impacted when the new EU Data Protection Regulation stops organisations from storing contact details without permission.

This is not to say that the days of cold calling and telemarketing are over just yet; the saying that people buy from people still has merit, especially when we are talking about high-value items. We are still running highly successful telemarketing campaigns around the world. We use email, social media and google more than ever before – being educated about your prospect is essential.

Outbound sales teams are more successful when they embrace new methodologies and technologies:

Inbound marketing plans should integrate with the sales team, giving a clear hand over point between the teams and establishing the quantity and quality of lead information required at that point. Establishing a Marketing-Sales service level agreement (SLA) leads more effective lead funnelling, to a smoother customer experience and to higher ROI. And yet, many businesses are struggling to synchronise Inbound and Outbound, as this from Marketing Week illustrates.

“Despite the fact that 80% of businesses recognise the benefits of greater alignment between sales and marketing, most (60%) aren’t unifying their divisions. So says a new report from recruiter Ranstad. However, unification doesn’t mean a full shake-up of departments or a new sales and marketing boss, instead marketers need to find ways to collaborate more closely with their sales colleagues, much as they do with the rest of the business.”

No matter the business they are in, a sales team will always have a target for closing leads to business. It will ordinarily be their main focus. An Inbound strategy should be built around providing enough of the right type of lead to them to have a shot at hitting that target.

Any sales team will tell you that going on a call knowing more about the prospect, their pains, market and aims, is far more likely to have a favourable outcome than a cold call. A good Inbound strategy gathers this information and SLAs between these teams will ensure that the information is at hand when the call is made. From the Hubspot State of Inbound:

How does lead information correlate with sales success? When we viewed this question in terms of successful vs. unsuccessful teams, a split emerged. While a staggering 83% of respondents from failing teams said they either didn’t know what information they had before contacting a lead, or that the question was not applicable to them, a mere 17% of successful teams gave the same answer.

SLAs correlate with success You might think that all of this inbound glory rests solely on the shoulders of a company’s capable marketers. It doesn’t. Inbound success is a team effort, and requires strong alignment between Sales and Marketing. The organizations getting the most out of their marketing budget (and getting more of it) tend to be partnered tightly with Sales.

Of our respondents, those who had a formal agreement between Sales and Marketing were more likely to see higher ROI on marketing dollars in 2015, receive a budget increase, and expand their sales teams. Get an SLA if you don’t already have one.

A good Inbound strategy is all about moving a visitor to a website, or blog, through a series of steps (the Buyer’s Journey) to becoming a customer. Unlike Outbound, especially tele-sales, that big sale on day one is very unlikely. That said, it will produce results more quickly than you might imagine. As long as the right content is hitting the right people at the right time, then immediate sales can be the outcome.

The strategy with Inbound is to reach many people and draw the right ones in, rather than calling one at a time and finding out if they are the right ones. So how quickly are businesses seeing results when they switch to Inbound? Well, HubSpot has this to say:

In short: Inbound is proven to increase traffic, lead generation and to improve the quality of leads which shows in greater conversion to sales. All within a few months. To find out more about how to maximise your Inbound Marketing success, download our free checklist.

Get The Latest Tips, Tricks and Ideas on Attracting Leads Online with our free Ultimate Checklist